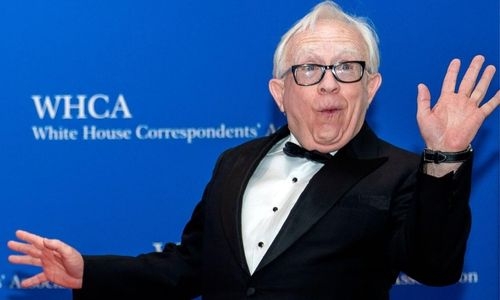 Comic actor Leslie Jordan, a prime-time Emmy winner for his role on the hit sitcom “Will & Grace” and a social media sensation during the Covid-19 pandemic, died on Monday in a car crash while driving to work in Hollywood, a spokesperson said.

Jordan apparently suffered an unspecified “medical issue” at the wheel of his car, and the vehicle struck the side of a building on his way to the Warner Bros studio set of the Fox television series “Call Me Kat,” according to his agent, Don LeClair.

He was pronounced dead at the scene.

The diminutive actor — he stood just 4 feet, 11 inches (1.5 metres) tall — co-starred on the show as a newly single gay man working as the head baker at the Louisville, Kentucky, cafe of the lead character, Kat, played by Mayim Bialik.

The show, in production for its third season, is largely based on the British sitcom “Miranda.”

Jordan, a Tennessee native, was best known to US television audiences for his recurring role on the NBC comedy “Will & Grace” as Beverly Leslie, the comically conniving foil of the Karen character played by Megan Mullally.

The role earned him an Emmy for best guest actor in a comedy series in 2006.

He became famous to a younger generation of fans with a series of humorous video Instagram posts about daily life in quarantine that went viral during the pandemic.

“The world is definitely a much darker place today without the love and light of Leslie Jordan,” his agent said in a statement.

“Not only was he a mega talent and joy to work with, but he provided an emotional sanctuary to the nation at one of its most difficult times.

What he lacked in height he made up for in generosity and greatness as a son, brother, artist, comedian, partner and human being.