Octopuses torture and kill themselves after mating and scientists finally know why! | THE DAILY TRIBUNE | KINGDOM OF BAHRAIN 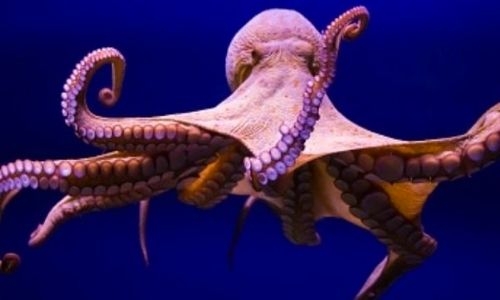 Octopuses are scary yet fascinating creatures. Whether’s the way they look or how they camouflage underwater, they're truly out of the ordinary.  And what many might not know is that octopuses often torture themselves to death right after mating. While the phenomenon of death post-mating isn't uncommon in nature (the male praying mantis is beheaded by the female post-mating), it is rather gruesome.

And the mystery behind why octopuses do it has often baffled scientists. But a recent study. has found some explanation for this phenomenon. According to the researchers, mother octopuses torture themselves post-mating due to the chemical changes that take place during the time she lays her eggs.

The study quotes another study dating back to 1977 that had revealed a set of glands near the octopus’s eyes being responsible for what really caused the self-destruction -- they produced steroid hormones and while laying the eggs this production intensified, forcing octopuses to torture themselves.

The new study has found three separate chemical shifts that go on at the same time the eggs are laid by the mother octopus. It starts with a rise in pregnenolone and progesterone -- two hormones responsible for reproduction common in many creatures.

Researchers report another shift as the octopus began producing higher levels of 7-dehydrocholesterol -- a building block of cholesterol that’s also known to be toxic -- which could be one of the chemical changes that trigger the octopuses to torture themselves after they've concluded mating.

They also saw the optic glands of the octopuses to produce more components that produce bile acids. All these chemical changes work in tandem to make octopuses behave this abruptly.

They still don’t have the exact reasoning however, the study’s lead researcher, Z. Yan Wang revealed in a conversation with LiveScience that this could be octopus's way of saving younglings since they're known to be cannibalistic in nature.