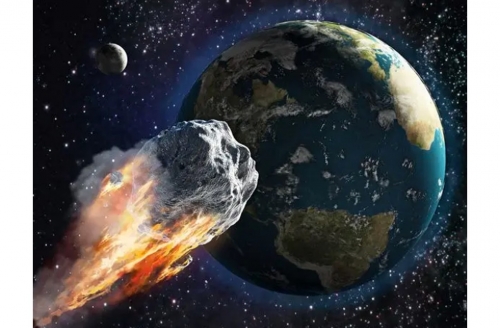 Earth is preparing for a close encounter with a massive asteroid bigger than the Empire State Building in a matter of days.

NASA has been keeping an eye on the rock and has revealed it’ll be a “close approach” in space terms. Thankfully, it will still be well over 3.5 million miles away, so there’s nothing to panic about.

Experts believe the asteroid is somewhere between 240 and 535 yards wide. At the maximum possible length, that would make it bigger than the Empire State Building, the Shard and the Eiffel Tower.

It would dwarf the Statue of Liberty too. But this isn’t the first time we’ve seen this asteroid — it’s actually passed us before with no problem. Last time it paid a visit was in May 2020. Back then it came even closer, at 1.7 million miles away.

It routinely gives Earth a wave about every two years, as it circles around the sun just as we do. And this weekend’s flyby will be the closest we see the asteroid come for the rest of our lifetime.