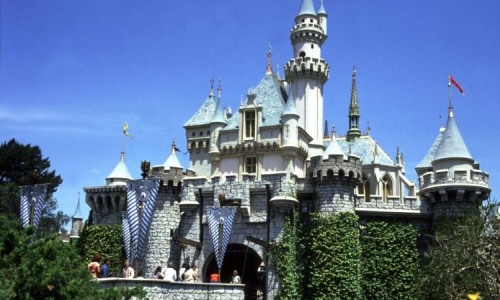 Hollywood studio Walt Disney is developing a movie about American entrepreneur, writer, voice actor, and film producer Walt Disney and his journey to build Disneyland, the California theme park.
As per Variety, it will premiere on popular streaming service Disney Plus. David Gordon Green is directing the yet-to-be-titled film.

Evan Spiliotopoulos, whose credits include Disney’s ‘Beauty and the Beast’ and ‘Snow White and the Huntsmen’, is writing the screenplay.

Dubbed ‘The Happiest Place on Earth’, Disneyland opened during the summer of 1955 in Anaheim. Though Disney parks were later built in Florida, Paris and other parts of the world, the California original is Disney’s only theme park constructed under the direct supervision of the man whose name inspired the entertainment destination.

Disney’s theme parks have been a rich source of material for the studio, with ‘Pirates of the Caribbean’, ‘The Haunted Mansion’ and ‘The Jungle Cruise’ among the attractions that inspired major motion pictures.

Inversely, some of Disney’s most popular film franchises have paved the way to themed areas like Star Wars’ Galaxy’s Edge and Marvel’s Avengers Campus.

The upcoming movie isn’t Disney’s first attempt to capture the triumphs and tribulations of Walt Disney. In 2013, the studio hired Tom Hanks to portray its founder in ‘Saving Mr Banks’, a biographical drama about the film producer and entrepreneur’s pursuit to land rights to Mary Poppins.

God is good: Rihanna on being the wealthiest female musician