I had a great time: Affleck on playing Batman in the 'The Flash' | THE DAILY TRIBUNE | KINGDOM OF BAHRAIN 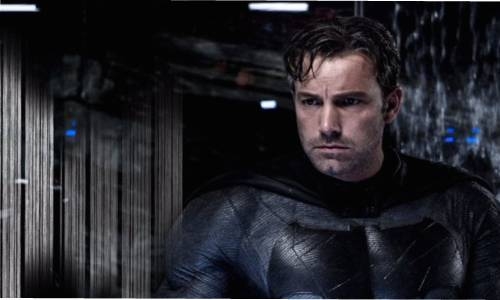 Ben Affleck has recently shared his take on reprising the role of Batman for The Flash. During an interview with Variety, via ET Canada, the actor, 49, has opened up on his experience in the sets of the upcoming movie, and also spoke about the time he was shooting for Justice League which "had been difficult."

“It was a really nice way to revisit that as the prior experience had been difficult,” Affleck revealed, also referring to the experience he had while shooting Justice League.

“This was really lovely.

Really fun," he added. During Justice League, the Gone Girl actor and others in the production had to roll with certain changes as the original director Jack Snyder had been replaced mid-shoot by Joss Whedon.

However, Snyder later completed his director's cut for which Affleck also had to return to shoot additional scenes which couldn't be shot previously.

While speaking to Variety, via ET Canada, Affleck opened up on having 'a great time.' "I'm probably under some gag order that I'm not even aware that I probably just violated and now I'm going to be sued," he joked during the interview with Variety.

The actor didn't forget to praise Ezra Miller for his performance in the movie. “I love Ezra [Miller] and I had a chance to see Jason [Momoa], who’s over there making ‘Aqua man’," Affleck noted. Affleck as Bruce Wayne in The Flash will hit theatres on November 4, 2022.

In other news, Bennifer has been all over the internet due to their recent appearances alongside each other, including at The Venice Film Festival, MET Gala 2021, and The Global Citizen Live.