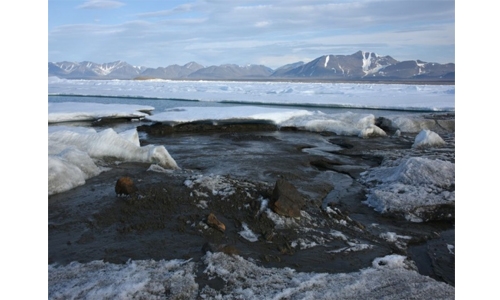 For a long time, the island of Oodaaq at the northernmost tip of Greenland was considered the closest piece of land to the North Pole.

But that may now have to be corrected - at least temporarily: According to researchers at the University of Copenhagen, they have discovered a small island that lies even further north, albeit only about 800 meters, Deutsche press agency (dpa) reported.

The discovery of the as-yet-unnamed islet, measuring about 30 by 60 meters, was therefore pure coincidence.

"We were convinced that the island we were standing on was Oodaaq, which until then was registered as the world's northernmost island," said research leader Morten Rasch. He had travelled to the north coast of Greenland with a team to collect samples. He only learned of his mistake when he posted pictures and coordinates on the internet.

"[A] number of American island hunters went crazy and said that it couldn’t be true," the head of the Department of Earth Sciences and Natural Resource Management said. Island hunters are people whose hobby is to discover previously unknown islands.

A check of the coordinates revealed that Oodaaq is actually about 800 meters south of where Rasch and his team went ashore. "In reality, we had discovered a new island further north, a discovery that just slightly expands the kingdom [of Denmark]," Morton said.

The scientist suggested that the newly discovered island might not last long. It consists mainly of small accumulations of mud and gravel - probably the result of a storm, he said. "No one knows how long it will remain. In principle, it could disappear as soon as a powerful new storm hits," says Rasch.