Ramadan 2021: How to perform Umrah amid Covid | THE DAILY TRIBUNE | KINGDOM OF BAHRAIN 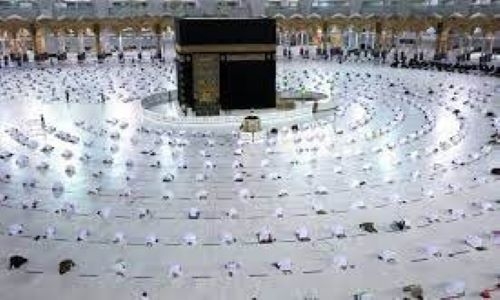 Saudi Arabian authorities have clarified the steps Umrah pilgrims must follow once they land in the country.

According to Arab News, the Ministry of Hajj and Umrah announced the guidelines, with the Ministry of Islamic Affairs, Dawah and Guidance highlighting the need to follow Covid safety protocols.

Pilgrims must first reserve a spot in the Grand Mosque using the Eatmarna or Tawakkalna app, as the Ministry of Health has predetermined that the maximum operational capacity of the Mosque will be 50,000 pilgrims and 100,000 worshippers a day. An entry permit will then be issued, which can be shown at the reception centre.

The reception centre will check the permit’s date and validity as well as the pilgrim’s immunization status; those performing Umrah must receive at least the first dose of an approved Covid vaccine.

Permits will be checked once again for security reasons before pilgrims are allowed to perform the Umrah and pray at the time allotted to them.

Alternatively, the Ministry of Hajj and Umrah has announced that those who have booked a room in a hotel overlooking the Grand Mosque and the central area can have their hotels assist them with the process of performing Umrah during their stay.

Worshippers interested in this service can initiate the process by making a reservation at a hotel, which can then help the guest reserve a spot within the predetermined capacity of the Grand Mosque.

Foreign pilgrims whose health status has not been entered into the Tawakkalna system must visit a healthcare centre where their status will be updated according to their vaccination certificate from their home country. A suitable date is then reserved for the visitor to perform Umrah following the Grand Mosque’s operational

Saudi Arabia to ship 80 metric tonnes of oxygen to India