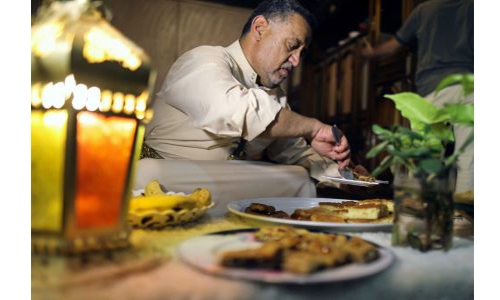 At the thought of breaking his Ramadan fast with a snack of sambusa, a deep-fried savoury pastry triangle popular in Yemen, Issa al-Shabi’s face lights up with joy.

On a street in the capital Sanaa, bustling with shoppers stocking up on tasty treats for iftar, the meal observant Muslims have after sunset during the Islamic month of fasting, Shabi grins and his eyes shine in anticipation.

“The sambusa is a beautiful food, and tastes delicious,” he says, jabbing the air with his hand for emphasis.

“Especially so during this blessed month.”

Ramadan brings out a zeal among Muslims everywhere for particular memory-laden foods.

ambusa stuffed with vegetables or meat are found across the Middle East and are a cousin of the South Asian samosa.

In Yemen, they are a much-loved tradition and a business opportunity for those who know how to make the best ones. 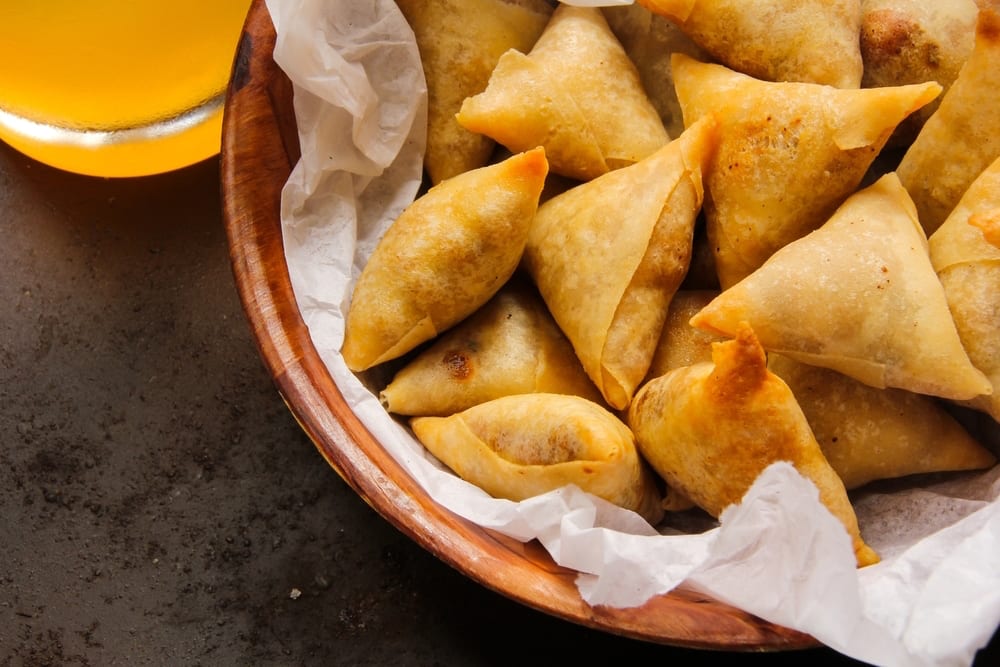 “People compete to get the best sambusa,” Shabi says, adding that shops are known for their cleanliness, the skill of their staff and the quality of their ingredients fill with jostling customers.

or Yemenis able to spend, the joy of a crispy sambusa, spongy rawani or syrupy baklava is at the heart of the Ramadan experience.

These traditional treats enjoyed at iftar, keep people going through the night until they resume their fast at dawn, refraining from eating or drinking throughout the day.

“You can consider them as one of the main meals.

People crave them after fasting, after the fatigue, exhaustion and thirst,” says Fuad al-Kebsi, a popular singer, sitting down with family and friends to share sweets for iftar.

For those with a sweet tooth, Ali Abd whisks a bowl of eggs into a cloud before adding flour and vanilla.

Tins of his yellow rawani cake are baked in a wood-fired furnace before being cut and drenched in aromatic syrup.

The draw of sweets from one particular shop he rates highly brought Muhammad al-Bina from his house on the edge of town into central Sanaa.

“The sweets are awesome.

Trust me!” he says, beaming. 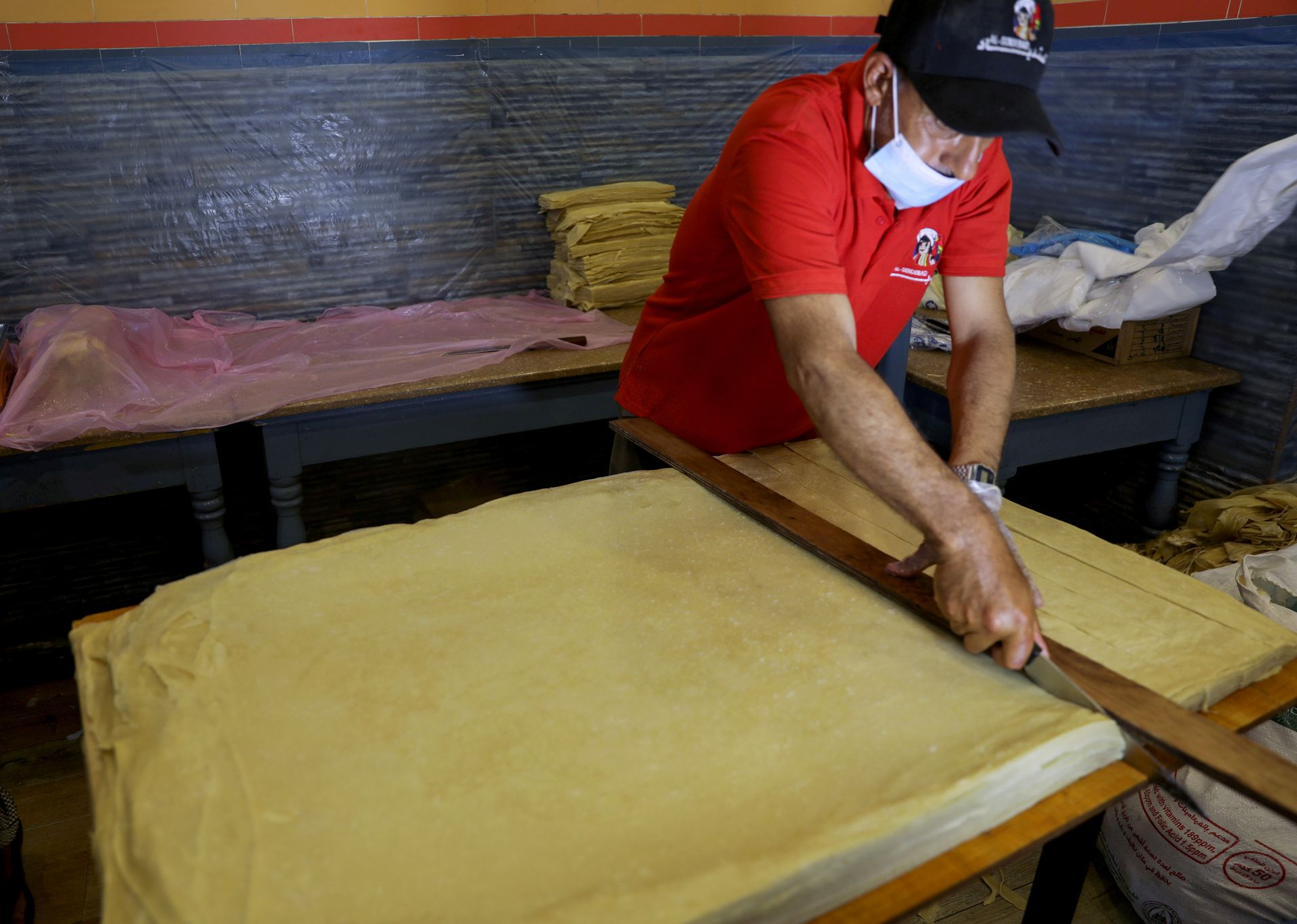 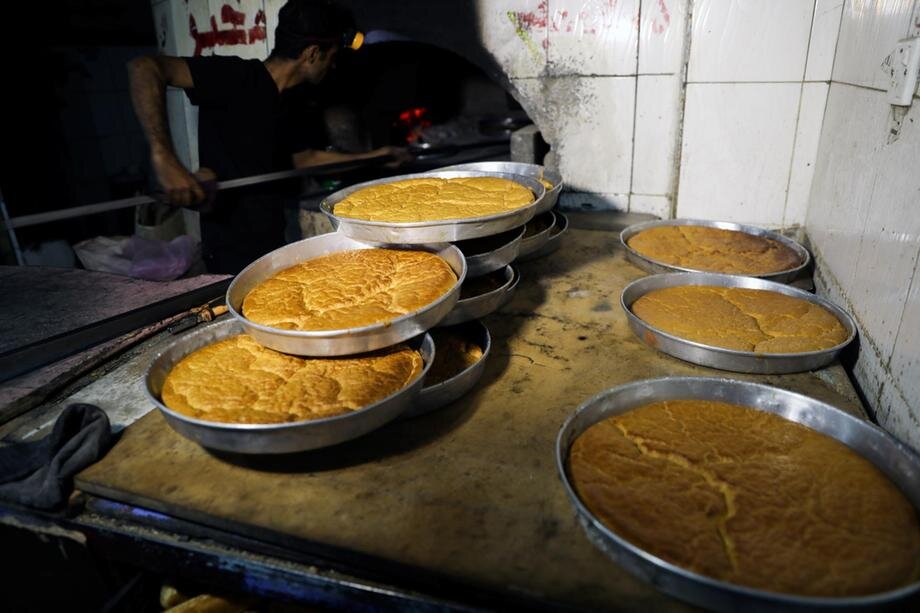 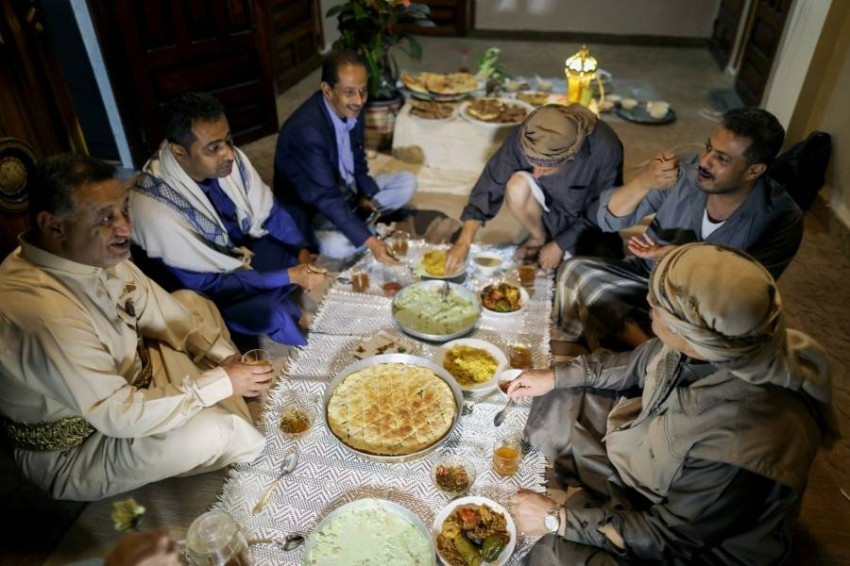 Yemeni singer, Fouad al-Kebsi and his brother Akram, sit with guests for the iftar meal at their family house during the holy month of Ramadan in Sanaa