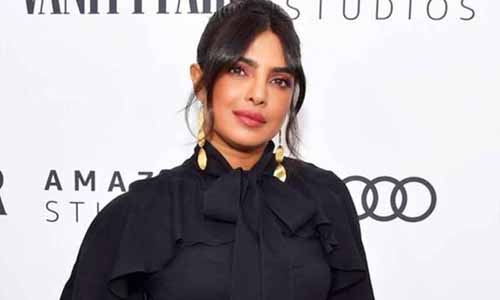 Priyanka Chopra Jonas will be among the presenters for the 74th British Academy Film Awards (BAFTA), which will take place on April 10 and 11 at Royal Albert Hall in London.

"So honoured and excited to be presenting at the #EEBAFTAs this Sunday!" Priyanka noted in her Instagram stories.

The actress is currently in London and will present the Rising Star award honouring new talent.

Priyanka stars in the Netflix original, The White Tiger, along with Adarsh Gourav, and is also the executive producer of the film. It has two nominations at BAFTA: for Adarsh in the Leading Actor category and writer-director Ramin Bahrami for Best Adapted Screenplay.

The film featured in Netflix’s Top 10 list in 64 countries and has been viewed by 27 million households.

Recently, she opened SONA, an Indian restaurant in New York, which also has a private dining room called Mimi, which is her nickname.

US-Russian trio blast off on mission to space station