Golden Globes must reform or stars will boycott: PR firms | THE DAILY TRIBUNE | KINGDOM OF BAHRAIN 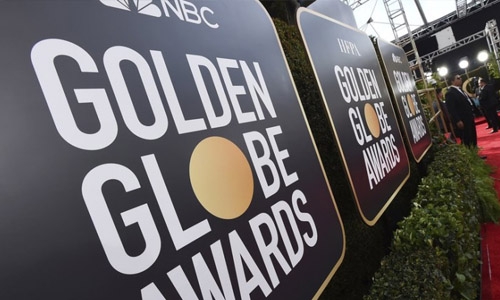 Golden Globes must reform or stars will boycott: PR firms

More than 100 Hollywood publicity firms that collectively represent the majority of stars in film and television said they will advise their clients to skip the Golden Globes if the Hollywood Foreign Press Association does not commit to “transformational change.”

In a letter sent late Monday to the HFPA, the PR companies said the press association, which puts on the Globes, must reform or many of the industry’s most prominent actors will boycott its events, The Associated Press (AP) reported.

“We call on the Hollywood Foreign Press Assn. to swiftly manifest profound and lasting change to eradicate the longstanding exclusionary ethos and pervasive practice of discriminatory behaviour, unprofessionalism, ethical impropriety and alleged financial corruption endemic to the HFPA, funded by Dick Clark Productions, MRC, NBCUniversal and Comcast,” the publicists wrote.

“To reflect how urgent and necessary we feel this work is, we cannot advocate for our clients to participate in HFPA events or interviews as we await your explicit plans and timeline for transformational change,” they continued.

The message was the latest salvo in an ongoing scandal for the embattled Hollywood Foreign Press Association. In the days before last month’s Globes, The Los Angeles Times reported that the group’s 87 voting members doesn’t include one Black person. Reports have also raised questions on the conduct and ethics of the HFPA, a group of largely lesser-known international writers who profit from the annual NBC telecast.

Pressure on the HFPA has continued, even if awards season has moved on to the Oscars. Time’s Up, the advocacy organization that first debuted at the all-black 2018 Globes red carpet, has pressed the HFPA for more than statements. “We need to see specific details, timetables for change, and firm commitments,” the group earlier said.

On Monday, Time’s Up reiterated that position and endorsed the publicity firms’ letter.

“We agree that anything less than transparent, meaningful change will no longer be acceptable. The entire world is watching,” wrote Tina Tchen, president and chief executive of Time’s Up.

HFPA members pledged the organization would reform during February’s broadcast. In response to the publicity firms’ letter, the press association responded with an outline of various initiatives it is taking while accepting it had work to do.

“As a demonstration of our commitment, the board has unanimously approved a plan to increase membership to a minimum of 100 members this year, with a requirement that at least 13% of the membership be Black journalists,” the group said.

“We should have done more, and sooner,” acknowledged the press association.

From the ‘new normal’ to the ‘new future’ in Bahrain