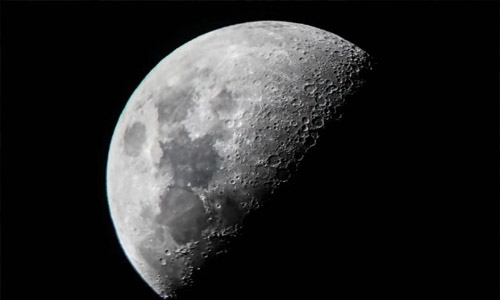 Once China establishes a lunar research station, its astronauts will stay on the moon for long periods of time as they conduct scientific studies, state media reported on Sunday, citing the architect of China’s lunar programme.

China has mapped out a series of uncrewed missions this decade, including the setting up of a robotic base to explore the moon’s south polar region, ahead of manned landings.

“If the lunar research station project is successfully implemented, China will not be far away from achieving manned landings,” said Wu Weiren, the chief designer of China’s lunar exploration programme.

Last week, China and Russia signed an initial pact to set up an international lunar research station but did not disclose a timeline.

“Compared to American astronauts who could only stay for tens of hours after landing on the moon, Chinese astronauts will stay on the moon for a longer period of time,” Wu said.

“This will be a long-term stay on the moon, not a short-term stop.”

China has successfully launched a series of lunar missions in recent years, including an uncrewed retrieval of lunar rocks last year, the first by any nation since 1976.

But China still lags behind the United States in experience, expertise and technology.

Nasa plans to return astronauts to the moon’s surface by 2024. The last Nasa crewed landing was in 1972.

Chinese rockets currently do not have sufficient thrust to send astronauts to the moon, Wu said, but China aims to make breakthroughs in rocket design in 2021-2025.

In China’s next mission to the moon, lunar samples of the south pole will be retrieved, he said.

Subsequent missions will involve a detailed survey of resources in the south pole, and the testing of key technologies in preparation for the construction of the research station, Wu said.