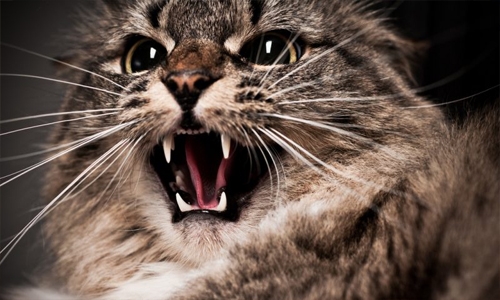 In a bizarre incident, a stowaway cat caused a Qatar-bound Sudanese airline to make an emergency landing at Khartoum International Airport on Wednesday after the animal started to viciously attack the crew in the cockpit.

According to Al Sudani News, the cat was noticed by the cockpit crew about half an hour after takeoff. The feline, which perhaps felt trapped in the cabin, got aggressive and started attacking the pilot.

The crew then made several attempts to capture the ferocious cat, failing which, the pilot was forced to make a U-turn and take the plane back to Khartoum airport.

After investigations, it was found that the cat must have reportedly sneaked into the aircraft the previous night when it was stationed at a hangar in Khartoum airport. Passengers were relieved after witnessing the unusual incident.

Strangely, this is not the first time that a stray animal has been found on an aircraft. In a 2004 case, a cat created havoc in the cockpit of a Belgian airline forcing its to return to Brussels airport.

A stowaway cat also reportedly entered the cockpit of the plane during a routine flight in Bangladesh attacking the pilot, the cat was however caught after the plane landed, according to reports.