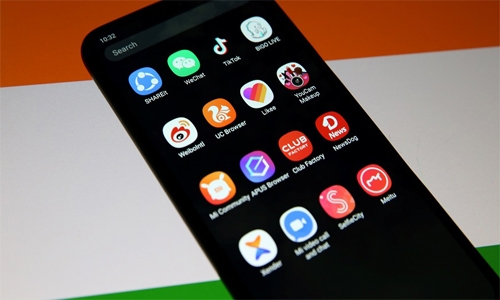 India banned 43 of the apps on Tuesday, including Alibaba Group Holding Ltd’s e-commerce app Aliexpress, in a new wave of web sanctions targeting China after the neighbours’ months-long standoff on their Himalayan border, Reuters reported.

According to an official press release, the government said, “this action was taken based on the inputs regarding these apps for engaging in activities which are prejudicial to sovereignty and integrity of India, defence of India, security of state and public order,” quoted from The Indian Express.

The order was issued based on comprehensive reports received from Indian Cyber Crime Coordination Center, Ministry of Home Affairs.

In a statement, Dr. Ajay Data, Founder and CEO, VideoMeet Pvt Ltd. parent company for VideoMeet App, said the Indian user base is also “supporting the authorities on this front due to the geopolitical tensions our country is facing, and the realisation of how data breaching can impact their businesses in long run has also strengthened”. Welcoming the decision, he said this is “an opportune time for Indian tech and IT community, to work towards making India’s IT framework more resilient. This support to homegrown apps will help us in going global.  This is also great for the Atmanirbhar Bharat mission of Govt of India.”

Sumit Ghosh, CEO and co-founder of Chingari, said the ban is a “very smart move and sends out a clear message that Chinese apps can’t use such tactics to engage in activities that are prejudicial to India’s sovereignty”.