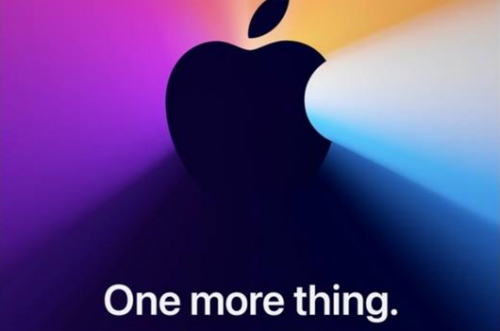 Apple’s most famous tagline at its signature events wasn’t used recently — that’s because it’s getting its own event.

The iPhone-maker on Monday sent out invites to the media for a November 10 event, with exactly just that written on its usual cryptic logo.

The event — Apple’s third in as many months — is expected to announce the company’s transition from Intel chips to its proprietary Silicon processors; Apple had said during its Worldwide Developers Conference earlier this year that its first machine using the custom chip would be out before the end of 2020.

The move was not totally unexpected: CEO Tim Cook, during last week’s conference call for Apple’s fourth-quarter results, teased that the company wasn’t done with launches this year.

The Tuesday event is also sandwiched in between pre-orders and start of sales of the iPhone 12 mini and Pro Max on November 6 and 13, respectively.

Income tax to be introduced in Oman: Ministry