Halsey: I’m not a ‘perfect activist’ | THE DAILY TRIBUNE | KINGDOM OF BAHRAIN 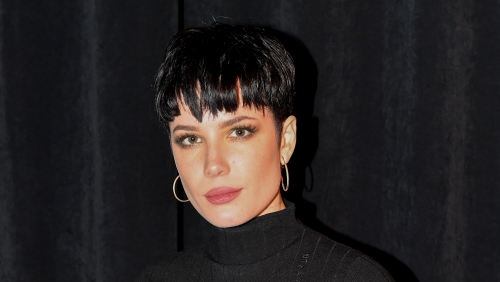 Halsey doesn’t consider herself to be a “perfect activist”. The ‘Without Me’ singer uses her platform for the greater good but insists there have been times where she’s said the wrong thing or done the wrong thing. She said of her activism: “There is no such thing as a perfect activist. Everyone has said something, done something wrong. “I fall in between two chairs, which means sometimes, I end up on the floor.” And Halsey also felt “supremely honoured” to be on the cover of TIME magazine. S h e w ro t e on Instagram a l o n g s i d e a p h o t o g r a p h of the cover: “Supremely honoured to appear on the cover of @ time .

And eternally grateful to bear witness to an incredible generation that amazes me every single day with their unbridled passion for making this world a better place.” The 26-year-old singer previously revealed she wants to “eradicate billionaires”. She said: “My parents dropped out of college to have me, my father is a person of colour, my mother is white, and we grew up in really, really underprivileged situations. My parents had access to medical assistance. I grew up in those scenarios.

And now, as an adult, at 26 years old, I’m part of the one percent. Having that sort of shift in perspective, given the ability to kind of see things from both sides, there’s one thing that I know for a fact. It’s that for me, personally, there is no amount of money that I think is worth personally contributing to the alienation, the disenfranchisement, of millions, hundreds of millions of people across this country