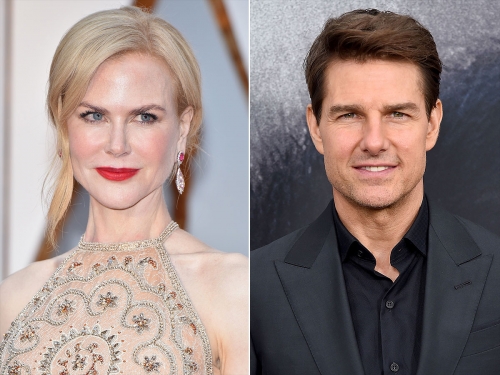 Nicole Kidman is looking back on her marriage to Tom Cruise. At one point in time, Kidman, 53, and the “Top Gun” star, 58, were among Hollywood’s A-list couples -- and now she’s opening up about their relationship while they filmed “Eyes Wide Shut” in 1999. The pair play a married couple mired by infidelity in the film. Kidman told the New York Times in an interview published on Monday -- that she and Cruise were “happily married” when asked if she had harbored any “negative feelings” about their marriage during that time.

“We would go go-kart racing after those scenes,’’ recalled Kidman. “We’d rent out a place and go racing at 3 in the morning. I don’t know what else to say. Maybe I don’t have the ability to look back and dissect it. Or I’m not willing to.” Kidman and Cruise adopted two children, Isabella, now 27, and Connor, now 25, before their split in 2001.

She would move on to marry country music star Keith Urban in 2006 and welcomed two daughters, Sunday, 12, and Faith, 9. Meanwhile, Cruise would have another daughter, Suri, now 14, from his six-year marriage to Katie Holmes. Kidman told the Times that she always aimed to keep the kids’ lives private. A source told People magazine in July 2018 that Cruise “loves all his children.

And each of them has a right to their own story.” Later that year, in November 2018, Kidman told Australia’s WHO magazine, “I’m very private about all that.” “They are adults. They are able to make their own decisions.