Rebel Wilson reveals she’s only 6 pounds away from her goal weight, dubs herself ‘Fit Amy’ | THE DAILY TRIBUNE | KINGDOM OF BAHRAIN 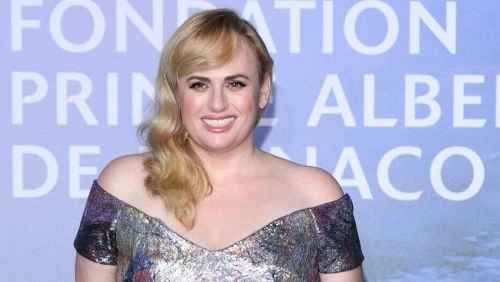 Rebel Wilson reveals she’s only 6 pounds away from her goal weight, dubs herself ‘Fit Amy’

Rebel Wilson is only 6 pounds away from her goal weight for her “year of health.” The actress opened up about the hard work she’s been putting into exercising in a candid post on Sunday. Wilson, 40, later dubbed herself “Fit Amy,” a reference to her “Pitch Perfect” character Patricia Hobart that had her friends call her Fat Amy. “Happy Sunday everyone!” the actress captioned a post of her on a hike.

“This week was super busy but I got up super early 3 times (6 am) and went on a hike…even did a couple of 100m sprints to get the heart rate even higher (although my ‘sprint’ is probably someone else’s ‘slow jog’)” Wilson added: “But I felt proud of myself and now only 3kg’s away from my goal weight! Rebs x” She later posted a photo of herself eating dessert captioned,

“Remember though girls, you still gotta treat yourself (I just do it with food now only once or twice a week...and substitute bubble baths on alternate nights).” In another photo the “Isn’t It Romantic?” star shared a selfie and wrote, “Just call me: Fit Amy.” Former “Bachelorette” Becca Kufrin commented, “She’s moving on up from horizontal running!,” a reference to “Pitch Perfect.” “Ayyyy FIT A F PATRICIA! Wilson’s co-star Alexis Knapp commented.