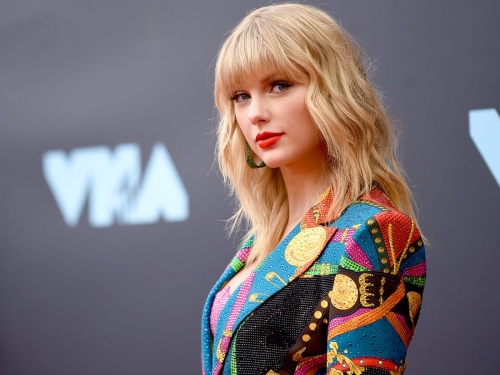 Taylor Swift has just surpassed Whitney Houston’s longstanding record for most cumulative weeks spent at number one on the Billboard 200 chart for a female artist. Swift’s grand total, across all of her chart-topping albums, comes to 47 weeks, which is one more week than Houston’s 46-week record, as reported by Billboard on Sunday.

Houston, who passed away at the age of 48 in 2012, has been the reigning record holder since 1987. The 30-year- old singer achieved the impressive feat this week after her latest album Folklore climbed back to the chart’s number one spot for ‘a seventh nonconsecutive week.’ According to Nielsen Music/ MRC Data, Folklore, which was released on July 24, raked in 87,000 equivalent album units in the U.S. this week.

The total is comprised not only of album sales but also track equivalent albums and streaming equivalent albums. Folklore’s 97% uptick in sales comes after Swift’s live performance of her new single Betty at the 2020 ACM Awards on September 16 in Nashville.

Swift’s ACM performance, the first in seven years, was released to streaming platforms and, in terms of tracking sales, had its downloads combined with the original, studio version of Betty. Whitney Houston grand total of 46 is based on the 14 weeks she spent at number one for her self-titled debut in 1986, the 11 weeks her second album earned her in 1987, The Bodyguard soundtrack’s 20-weeks, and the one week her 2009 album I Look To You spent atop the chart.

The Beatles are the musician/group with the most number-one hits of all time with a grand total of 132 weeks spanning from their ‘19 chart-topping album,’ while Elvis Presley holds 67 weeks at number one, making him the male solo artist with the most weeks, according to Billboard.