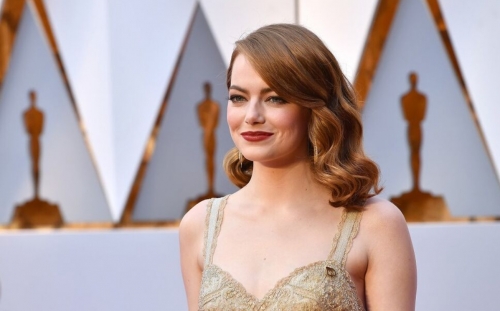 Emma Stone has reportedly tied the knot with Dave McCary. The couple was reported to have married two weeks ago when the 31-year-old actress was spotted wearing matching rings with McCary while on a walk together in Los Angeles, and now sources have confirmed the news to People magazine.

In addition to the confirmation to People, another source also told Page Six about the recent wedding earlier this week. As of the time of writing, no further details are known about the nuptials. Emma and Dave, 35, got engaged in December last year after more than two years of dating, and Dave confirmed the news at the time by taking to Instagram to share a selfie in which Emma showed off her new ring.

And he simply captioned the image with an emoji of two love hearts. The couple were first romantically linked in October 2017, and are thought to have met when she hosted ‘Saturday Night Live’ in December 2016. Meanwhile, the ‘La La Land’ star previously opened up about wanting to get married and have kids, but admitted she didn’t always want to.

She said: “My perspective about kids has changed as I’ve gotten older. “I never babysat or anything. As a teenager, I was like, ‘I’m never getting married, I’m never having kids.’ “And then I got older and I was like, ‘I really want to get married, I really want to have kids.’ “ Emma w h o was previously in an on/off relationship with Andrew Garfield - also admitted she was confident she could balance having a Hollywood career and finding love.

Charlize Theron: My daughters are powerhouses