Katy Perry: ‘Pregnancy has affected my voice’ | THE DAILY TRIBUNE | KINGDOM OF BAHRAIN 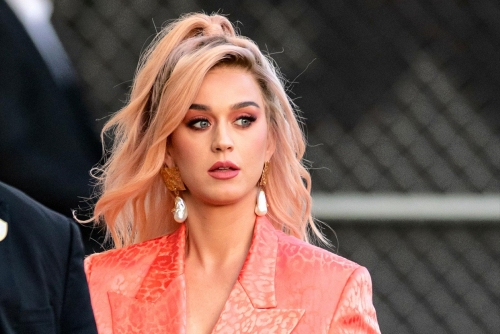 Katy Perry’s pregnancy weight gain has forced her to change her singing voice by “a couple of keys”. The Teenage Dream singer has been busy promoting her new album Smile, which will be released on Friday, and in an interview with The Associated Press, the 35-year-old, who is engaged to actor Orlando Bloom and close to giving birth to a baby girl, explained being pregnant has had a small effect on her famous vocals.

“It’s interesting having 45 extra pounds just kind of like sitting on you; 30 of that is just right here on my lung capacity,” she told the publication. “It’s not been too challenging, but I’ve definitely had to change a couple of keys. But I think that’s just because of the physical intensity of it.”

Reflecting on her comeback record, three years after her album Witness flopped, Katy described it as “a record full of hopefulness and resilience and a little bit of joy and some fun,” adding that she has been working very hard to promote it.