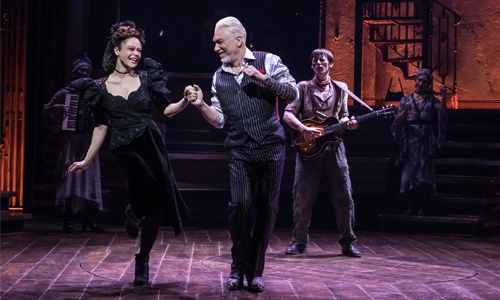 The 73rd Annual Tony Awards were presented Sunday to celebrate Broadway’s best performances of the year. James Corden served as host of the event for the second time and kicked off the show with a nine minute opening number in which he poked fun at live TV versus streaming services.

When it came to the coveted Best Play and Best Musical categories the winners were “The Ferryman” by Jez Butterworth and “Hadestown” respectively. It was a big night for “Hadestown,” starring Reeve Carney, Amber Gray and André De Shields, who lead the way with 14 nominations and scored 8 wins.

Tony’s history was made by Ali Stroker as the first actor in a wheelchair to ever win a Tony Award. She took home the award for featured actress in a musical for her role in “Oklahoma!” But it didn’t stop there, it was an entire night of firsts.

Was obsessed with Scorsese and DeNiro in childhood, says Natasha Lyonne