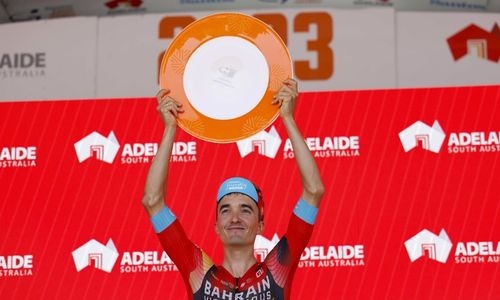 The event marked the opening round of the 2023 Union Cycliste Internationale (UCI) WorldTour, and Bilbao’s podium gave the Bahraini outfit a strong start to the new season.

Bahrain Victorious had all our members come to the front of the peloton to control a 13-rider group and keep the gap under a minute.

In the end, Bilbao was their best finisher and had to settle for seventh place on the stage classification, six seconds behind winner Simon Yates of Team Jayco-Alula.

It was enough for Bilbao to secure his fine result in third at the end of the five-day meeting.

Jay Vine of UAE Team Emirates was the overall winner, while Yates was the runner-up. Bilbao commented after the finish: “In the end, I just did the last climb, thinking of the podium and trying to pull in the back and secure for the third place, because I could not do more really.

“I really enjoy this race. I think the organiser made super interesting parcours. It’s a nice race for time trialist, puncheurs, sprinters, climbers and everybody.

It is a nice race, maybe I will come back for next year.” Bahrain Victorious came away with two stage victories from this year’s Tour Down Under, to go along with Bilbao’s overall podium.

His teammate Phil Bauhaus had earlier claimed the win in the first stage of the race, while Bilbao won stage three.

Right from the start of the race before the prologue, the staff, the mechanics, everyone back in Europe, we all worked really hard to get ready for this race.

The first win with Phil was great.

Then top it off with another win with Pello.”