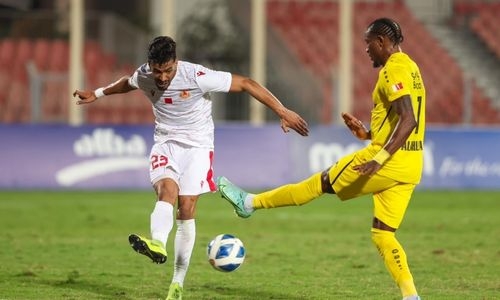 Al Khaldiya and East Riffa brought a close to the fifth week of the 2022/2023 Nasser bin Hamad Bahrain Premier Football League with a 1-1 stalemate.

Laith Hashem and Mahdi Humaidan were both on target for their respective teams in the contest.

Hashem was first to strike for East Riffa to give them a dream start after only three minutes.

The skipper scored with a brilliant curling shot from distance on the left wing.

But it was not long before Khalduya equalised, when Humaidan fired in from close range on the right of the box off in the 17th minute.

He received an assist from Samy Frioui.

With the result, Khaldiya posted their second draw in five games and improved to eight points in the top half of the league table, while East Riffa went to four points with their fourth draw in the bottom half.