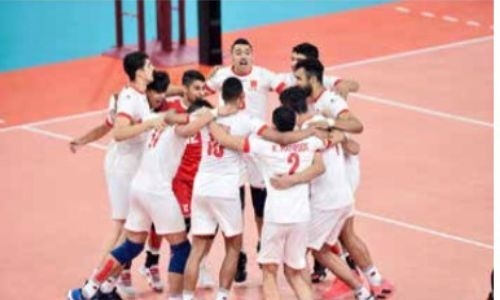 Bahrain will take on hosts Saudi Arabia for the gold medals this evening in the first West Asian Men’s U20 Volley- ball Championship, currently being held in Qatif.

The junior nationals booked their spot in the title contest following a four-set win in their semi-final game against Leba- non at Prince Nayef bin Abdu- laziz Sports Hall. The Saudis, meanwhile, defeated Iraq in a five-set thriller.

Tonight’s final is scheduled for a 6.30pm start at the same venue. Losing semi-finalists Leba- non and Iraq will battle for the bronze medals at 4.30pm.

Meanwhile, Syria and the UAE will face off for seventh place overall at 12.30pm, fol- lowed by Kuwait taking on Pal- estine at 2.30pm for fifth place on the final classification.

All the games are part of the tournament’s concluding day’s programme. Bahrain head into the final having lost just once so far, but the Saudis have been dominant, going undefeated to date.