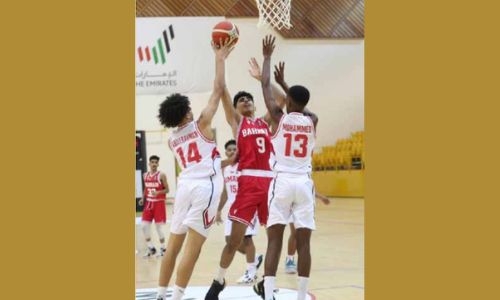 Bahrain made easy work of Oman yesterday in a lopsided 95-31 victory in the FIBA Asia U18 Championship-Gulf Basketball Association (GBA) Qualifier, currently being held in Dubai. The nationals raced out to a commanding 24-8 lead at the end of the first quarter and then held the Omanis to just four points in the second to go up 56-12 at the half.

The Bahrainis didn’t let up after the interval, limiting Oman to just six points in the third to head into the final canto with a surely insurmountable 80-18 advantage. They then cruised in the fourth, which was the only period in which they allowed the Omanis to score more than 10 points.

Bahrain enjoyed leads as big as 69 points in the game, which was their second successive win in the competition. They had earlier beaten hosts UAE by 20 in their opening outing on Friday.

Mahdi Ali Almusalli added 13 points, including five steals. Abdulrahman Al Maamiry had 14 for Oman as their lone player to score more than seven points. Bahrain, coached by Mindaugas Janiska from Lithuania, are scheduled to return to the hardwood today against Qatar.

Tipoff is scheduled for 3pm at the same venue. The regional tournament is also being played to determine the GBA teams that will compete in the FIBA U18 Asian Championship 2022, which will take place in Tehran from August 21 to 28.

Only the top two teams from the GBA will book their tickets to the continental showcase. All six GCC nations are participating in the event, including Bahrain, Saudi Arabia, Oman, Kuwait, Qatar and hosts UAE. Following today’s affair, the Bahrainis will have a rest day tomorrow.

The nationals then take on Kuwait on Tuesday at 7.30pm, Bahrain time, before playing their final preliminary round contest against Saudi on Wednesday at 7.30pm, Bahrain time. Following this preliminary stage single round-robin, the top four teams will advance to the semi-finals, which will be held on Friday, where the top seeds will face the fourthranked squad while the second seeds will play the third. The bronze and gold medal games will then take place on Saturday.