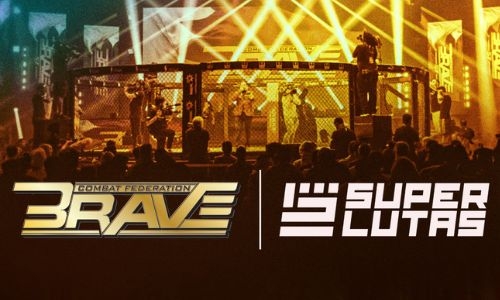 BRAVE Combat Federa- tion, founded under the vision of His Highness Shaikh Khalid bin Hamad Al Khalifa, is widely recog- nized as the fastest-grow- ing MMA organization in the world having recently reached the milestones of 59 events held in 27 coun- tries.

And to celebrate the landmark number, the pro- motion has announced an innovative partnership with YouTube giants Super Lutas for the broadcast of events in Brazil.

The deal will look to give the hardcore Brazilian fans the chance to witness the biggest stars in their own country as well as cross the world with Brazilian Portu- guese commentary.

BRAVE CF’s vision is to change mixed martial arts from an event business to a sports business and to provide MMA fighters with the opportunity to show- case their talents on a global platform.

The organization has prided itself in work- ing towards the develop- ment of the sport in Brazil since its beginning, as the South-American country has been the first interna- tional destination for the Bahrain-based organiza- tion, back in March of 2017.