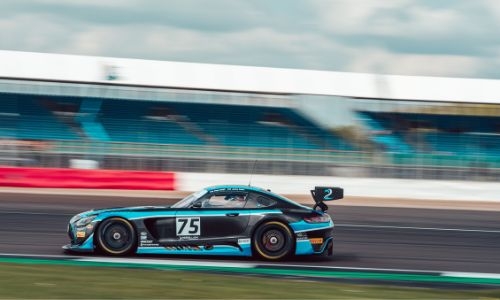 Bahraini-British motor racing team 2 Seas Motorsport had both cars qualify in the top 10 for the Silverstone round of the Intelligent Money British GT Championship. The tandem of James Cottingham and Lewis Williamson driving the team’s #4 MercedesAMG GT3 took third on the grid for today’s third race of the 2022 season, which is scheduled for a 1.30pm start, Bahrain time.

Meanwhile, teammates and former series champions Jonny Adam and Flick Haigh in 2 Seas’ #75 Mercedes-AMG GT3 qualified ninth amongst the 21 competing GT3 cars. Cottingham and Williamson posted a best lap of three minutes 57.010 seconds on the combined timesheet to take their grid position on the second row. They were just 0.777 seconds off the pace of pole-sitters Barwell Motorsport.

Adam and Flick also had a strong showing, registering a fastest lap of 3:57.992 for ninth, just 1.759s from the leaders. Following yesterday’s qualifying sessions, Adam commented: “In a good place to move forward tomorrow. Some improvements to be made, but firmly on the pace and great effort by Flick.”