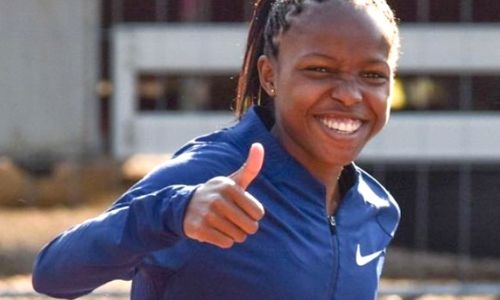 Bahrain’s Winfred Yavi finished a solid sixth yesterday in a highly competitive women’s 1,500 metres race at the Kip Keino Classic held in Nairobi, Kenya. The meeting was a World Athletics Continental TourGold event and it featured top athletes from across the globe.

Winfred completed the race in four minutes 05.54 seconds, which was a personal best in her first international competition of the season. Winfred shattered her previous top time in the distance, which was 4:16.18 which she clocked in 2019.

Diribe Welteji led Haylom Birke to a one-two for Ethiopia in the race. Diribe won in 4:01.50 while Haylom followed in 4:02.25. Edinah Jebitok of Kenya was third in 4:02.66, while finishing just ahead of Winfred were Kassie Wubrist of Ethiopia in 4:03.86 and Judith Kiyeng of Kenya in 4:03.87. A total of 15 athletes took part in the event. Winfred was the lone Bahraini competing in Nairobi.