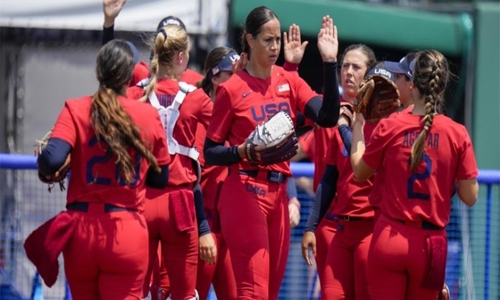 The United States has begun its quest to regain the Olympic softball gold medal with a dominating performance from Cat Osterman, who lost the championship game 13 years ago, said AP.

She pitched one-hit ball over six innings and struck out nine to beat Italy 2-0 Wednesday. Michelle Moultrie singled in a run in the fourth inning for the top-ranked U.S., which lost the title to Japan 3-1 at the 2008 Beijing Games.

Osterman, a 38-year-old left-hander, walked none on a humid afternoon with a 94-degree temperature that was even more steamy on the artificial turf. The last remaining player from the 2004 gold medalists, she improved to 6-1 in Olympic play with 66 strikeouts in 38 innings.

Softball and baseball were dropped for 2012 and 2016 and restored for these Olympics.