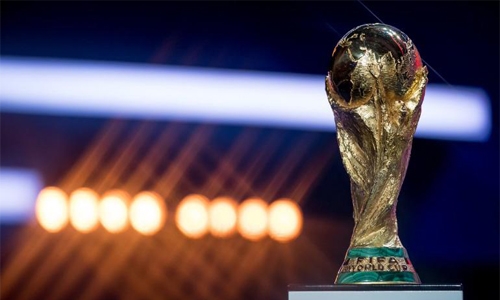 The Asian Football Confederation (AFC) announced on Friday that the majority of Asia’s 2022 World Cup qualifying matches in March will be postponed to May and June — with a few exceptions that include Japan, Australia and Saudi Arabia.

“Taking into consideration the existing travel and quarantine restrictions caused by the COVID-19 pandemic across the continent, the AFC and FIFA have jointly agreed to postpone the majority of the upcoming Asian qualifiers for the FIFA World Cup Qatar 2022,” the AFC said in a statement.

Not falling under the newly-imposed restrictions are four games. On March 25, Saudi Arabia will host Yemen in Riyadh while Tajikistan and Mongolia will also play. Five days later, Mongolia will travel to Tokyo to take on Japan and Australia heads to Nepal.

The AFC said it has been working with member associations to help teams make their arrangements and play out the remaining games in one venue.

The winners of the eight groups in the second round, along with the four best-performing second-place teams, will progress to the third round of qualification which is scheduled to start in September.