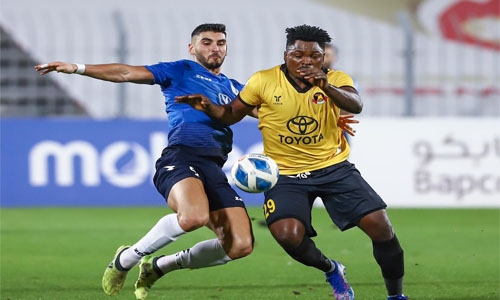 In the evening’s first game, Budaiya and Al Malkiya finished in a stalemate and then Al Ahli and Busaiteen also claimed a share of the points with a nil result.

All four sides had chances to score in both halves of their respective matches, but none of them could apply the finishing touches and find the net.

Budaiya registered their second draw in six matches as they improved to eight points, while Malkiya also had their second stalemate, but they are on just two points on the standings.

Ahli took a point to rise to five with their second stalemate, as did Busaiteen League play continues tonight with three big matches on the schedule.