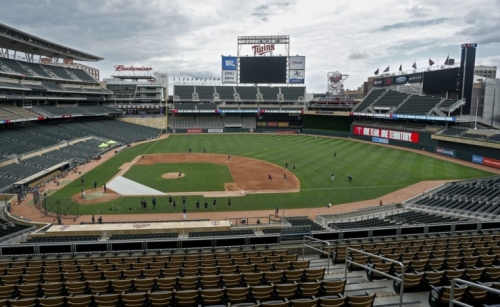 Major League Baseball (MLB) released its pandemic-shortened schedule Monday, featuring a tantalizing season opener between the New York Yankees and World Series champion Washington Nationals, even as some teams were still bogged down by coronavirus concerns.

By the time MLB revealed each team’s 60-game slate Monday evening, the Nationals and Houston Astros — last year’s pennant winners — had canceled workouts because of COVID-19 testing delays that one executive worried could endanger the season. The St. Louis Cardinals also scrubbed their practice for the same reason.

“We got camps being shut down and people going three and four days without tests. You just don’t know what’s going on,” Dodgers star Mookie Betts said. “We have to just figure out the right way to do it.” Nick Markakis became the second Atlanta Braves veteran to opt out of the season, swayed by a phone call with teammate Freddie Freeman, who has been stricken with COVID-19, The Associated Press reports.