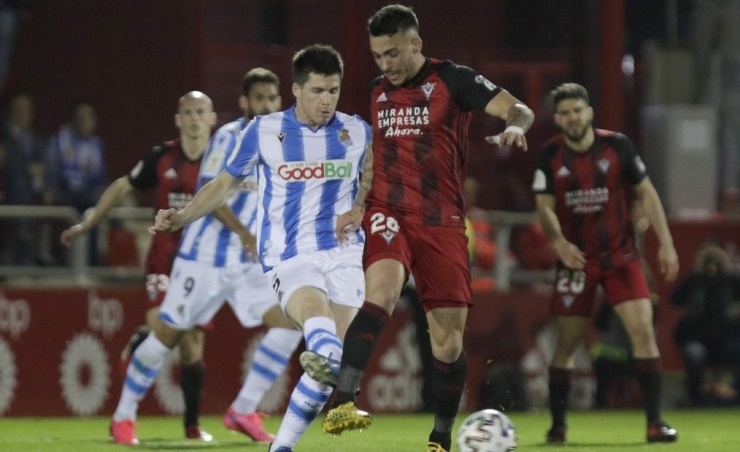 Football fans in Spain’s Basque region have pledged to celebrate Spanish Cup final day in style on Saturday despite the historic match being postponed because of the coronavirus outbreak.

But the game scheduled for Saturday, with over 50,000 supporters expected to travel to Seville to watch the match in the city’s La Cartuja Stadium, was postponed last month with no rearranged date yet set.

Supporters of both clubs launched an online campaign to: “take the final to the balconies."

Fans in Bilbao and in San Sebastian have decorated their balconies with the flags and scarves they planned to take to Seville.

Both will sing their club hymns after the nightly 8 pm applause for health workers.

The Basque region, like the rest of Spain, remains on strict lockdown with over 20,000 deaths from COVID-19 so far reported in the country.

The two clubs also produced a joint video focusing on the struggle to overcome the pandemic, and the desire to eventually play the historic tie.

“Whenever it takes place, it will be a great final,” Athletic striker Aritz Aduriz, says in the short film which both clubs posted on social media.

“It doesn’t matter what your colours are this final is for all of us,” says Asier Llaramendi. “We will all be victorious.”

If the Copa del Rey final cannot be played, the Spanish Football Federation said this week that both Real Sociedad and Athletic Bilbao will be allowed to compete in next season’s Europa League.

No new Covid-19 cases in Libya for two days