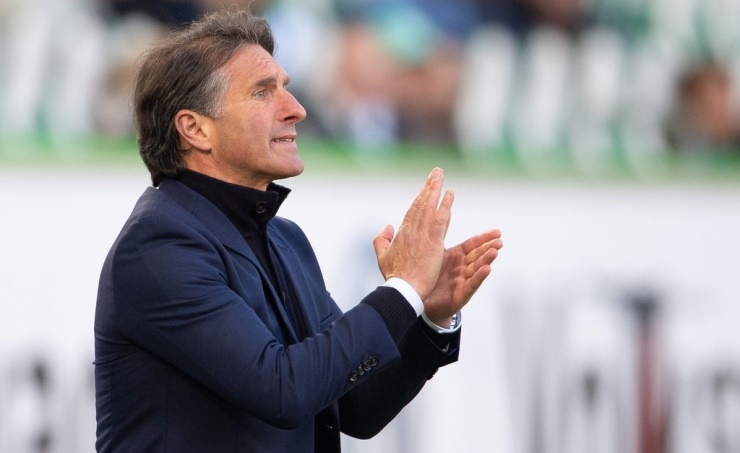 Bruno Labbadia made a low-key return to Bundesliga coaching on Monday at Hertha Berlin and will forgo "a large part" of his salary as long as the action is suspended because of the coronavirus.

Managing director Michael Preetz made this announcement at Labbadia's official presentation on Monday, naming the gesture "great and remarkable."

Hertha appointed Labbadia on Thursday with immediate effect and he had his first training session with the team later Monday, Deutsche press agency (DPA) reported.

But because of the pandemic there were no handshakes, embraces or high-fives when the 54-year-old returned, almost a year after leaving Wolfsburg who he had guided into the Europa League.

Backed by new investor Lars Windhorst, Hertha also had big ambitions at the start of the season but find themselves struggling in 13th place as the league is suspended since mid-March, and at least until April 30.

Hertha decided to let Nouri, who had just one win in four games in charge, go now instead of keeping him until the end of the season.

Like all other clubs, Hertha hopes that the season can be completed with matches behind closed doors if they get approval from health and state authorities.

Teams are training again, and Labbadia said his players in groups of three. He said he wants to have his team ready for the day resumes but like everyone else doesn't know when that could be."It could be in three weeks, in five weeks, or it could be in August," he said.

Labbadia said he fully supported the health regulations in place at the clubs and throughout the country. Only seven media were allowed to attend Monday's news conference, with others submitting their questions via e-mail.

"I'm pleased to be here. Hertha was the club that I wanted to come to. I see a lot of potential here and I can't wait for the challenge," Labbadia said.

"We want to make the best of this difficult situation together now."

I'm excited to convey our ideas to the team. We now need to get an idea of where the players are at. We want the lads to have fun playing football."

Labbadia also said he had several offers in summer after leaving Wolfsburg who he had led into the Europa League, but that Hertha had been his preferred destination.

HM King receives cable of thanks from HRH Premier