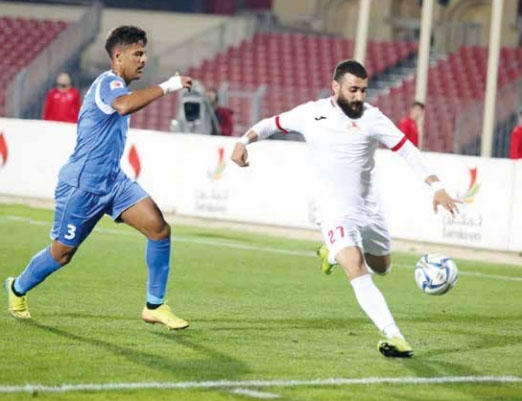 The new dates come following the postponement of the men’s national team’s matches in joint-qualification for the FIFA World Cup 2022 and the AFC Asian Cup 2023. Only seven weeks of play remain in this year’s league.

Action is set to resume with the 12th round of play this weekend on Friday and Saturday. On these days, Al Ahli take on Al Hala, Riffa face off with Manama, Al Najma go head to head with Al Shabab, Busaiteen face East Riffa and Muharraq take on Al Hidd in a titanic clash between the league’s current top two teams.

Matches will then continue until the end of March and all through April, with the last two weeks of the league scheduled to take place in May. As these games are scheduled to be held during the Holy Month of Ramadan, their timings have yet to be set by the BFA.

The final play date is set for May 8 when five matches are on the cards, taking place at different venues. Heading into Week 12, Hidd are atop the league table with 28 points from 11 matches.

They are just three points ahead of Muharraq, who along with defending champions Riffa, have only played 10 games to date. East Riffa are currently third with 20 points from their 11 games, followed by Riffa on 18.

Najma and Manama follow in the middle of the standings with 15 points apiece, while Ahli are seventh on 11 points. Busaiteen are eighth with eight points, while Shabab and Hala round out the classification in the bottom two places with seven and five points, respectively.

Meanwhile, the BFA confirmed last night that the pending match between Muharraq and Riffa will be played tomorrow at the Khalifa Sports City stadium in Isa Town. The match is sc