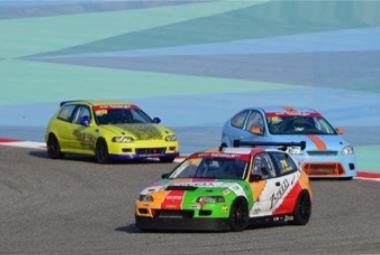 Bahrain International Circuit (BIC) hosts the fifth round of National Race Day on Friday as the battle for podium places and championship points continues to tighten up.

The meeting is set to feature action in two of the kingdom’s most popular circuit racing series: the BIC 2,000cc Challenge and the Bahrain Motorcycle Racing (BMR) 600.

With only three rounds remaining in the season, competitors are now feeling the pressure to deliver only positive results, making for plenty of heated and closely contested racing.

All the action will be held along BIC’s 2.55-kilometre Inner Track. The first session is scheduled to begin at 9.25am and continue all the way until after 3pm. The podium ceremony is set to wrap up the evening’s events at approximately 3.30pm.

All are welcome to attend. Tickets are available at the gate at BD2 for adults and half the price for children.

National Race Day has been organised by BIC in cooperation with the Bahrain Motor Federation, Circuit Racing Club and Bahrain Motorcycle Club.

The BIC 2,000cc Challenge is the longest-running circuit racing series in the region. Established in 2007, it follows simple regulations yet is still extremely fun to watch. The drivers are divided into two classes, including the Pro and the Novice.

The top two enjoy a significant gap from Mohammed Faqihi (Honda Civic), who is third on 112 points, while Raed Raffii (Honda S2000) is fourth with 108 points and Tareq Al Tajer (Ford Focus) fifth on 105. Nasser Al Alawi (Honda S2000) rounds out the top six with 103 points.

Each of the challenge’s top six drivers are competing in the race’s Pro category.

WWII bomb made safe in Germany city of Cologne