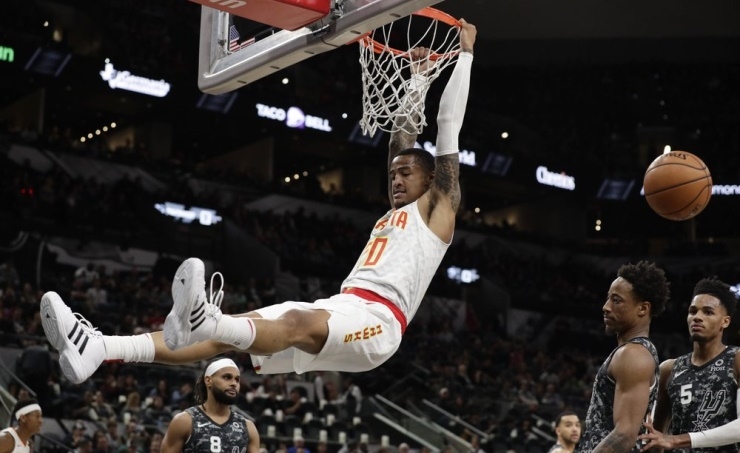 Vince Carter knows how difficult it is to win in San Antonio because he has experienced it for 22 seasons, The Associated Press (AP) reported.

Competing against the championship pedigree of the franchise, trying to tune out the frenzy of the sellout crowds at the AT&T Center and struggling to overcome the defensive pressure created by San Antonio coach Gregg Popovich. It’s a good thing for Carter that his young teammates on the Atlanta Hawks weren’t thinking about that pressure.

Trae Young scored 31 points and Atlanta rallied from a 14-point deficit in the final quarter to stun the Spurs 121-120 on Friday night and snap a 21-game losing streak in San Antonio.

LaMarcus Aldridge had 30 points and DeRozan added 24 for San Antonio, which lost for the third time in four games.

San Antonio fell to Atlanta, who holds the league’s second-worst record at 10-32, after beating Milwaukee, Boston and Toronto recently.

Popovich said the Spurs weren’t solid down the stretch, something that has plagued them all season.

“Where, all of a sudden, the game plan goes to hell, people don’t execute and we played 24 minutes, in addition to that,” he said. “We did nothing in the first half but walk around. People should have left and asked for their money back after the first half. Second half, they competed, and they played to win, but we’ve just got to be more solid. Too many mistakes down the stretch and that’s what always seems to happen when we lose a basketball game.”

Young had 12 points in the final quarter to help the Hawks rally after blowing a 13-point lead in the first half.

Hawks: Guard Jeff Teague was not with Atlanta after being acquired Thursday from Minnesota for Allen Crabbe. Teague, who spent his first seven seasons with the Hawks, rejoins Atlanta on Saturday against Detroit for the first time since 2016.

Spurs: Aldridge has 6,760 points with San Antonio, surpassing Larry Kenon (6,735) for seventh on the franchise’s career scoring list. Spurs assistant Tim Duncan leads the team with 26,496 career points. … The Spurs have a losing record for 66 days this season after spending just 65 days below .500 from 1997-1998 to 2018-2019. … Rudy Gay sat out for the first time this season, missing the game with an undisclosed illness.

Body of man missing after UAE floods found in Oman