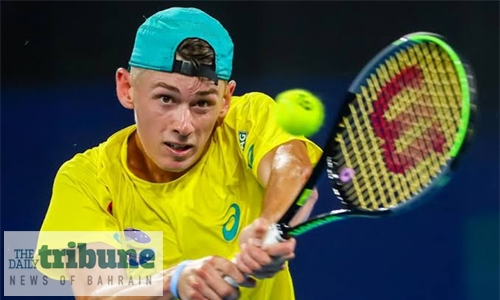 Alexander Zverev and Stefanos Tsitsipas both crashed to defeat in their first matches of the year yesterday as day one of the inaugural ATP Cup sprung some big upsets.

It led to both Germany and Greece being defeated in their opening ties at the 24-nation event, where the countries are split into six groups across Sydney, Brisbane and Perth. The top eight from the round robin go onto the knockout phase in Sydney before one is eventually crowned the winner.

Along with Australia and Canada, Belgium also won, sweeping Moldova 3-0, while tennis minnows Norway pulled off a big 2-1 upset against the United States. Drawcards Rafael Nadal and Novak Djokovic make their debut on Saturday, for Spain in Perth and Serbia in Brisbane respectively.

“It’s definitely up there,” said de Minaur in Brisbane, when asked how the victory ranked in his career. “This one feels very, very good. “I have a great team. My captain, my coach were all making sure I stayed in the moment and told me I would have chances.” Earlier, Nick Kyrgios beat Jan-Lennard Struff 6-4, 7-6 (7/4).