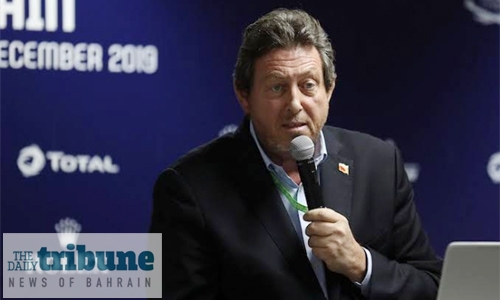 Bahrain will host the fourth round of the 2020/2021 season in the FIA World Endurance Championship (WEC). The provisional calendar was announced last night by WEC CEO Gerard Neveu in a Press conference held at Bahrain International Circuit, where the inaugural FIA WEC Bapco 8 Hours of Bahrain is currently taking place.

Bahrain will once again be the fourth of eight rounds next year. The endurance racing spectacle is scheduled to take place on December 5 and it will once again be an eight-hour event. It remains as the only WEC round in the Middle East and one of only two in Asia, following the exclusion of China on the new campaign. The 2020-2021 championship features two new venues in Monza, Italy and Kyalami, South Africa.

They are a part of the eight races in all, to be held across the globe. The Monza event will be a six-hour race held on October 4. The WEC Prologue took place there in April 2017 but the venue has never before hosted an FIA WEC race despite being a strong favourite with teams and fans alike. Completely new to the calendar is the historic but extensively redeveloped and upgraded Kyalami circuit in South Africa.

Situated between Johannesburg and Pretoria, Kyalami will also host a six-hour challenge. These two venues are complemented by popular and iconic tracks such as Silverstone, Fuji, Sebring, Bahrain, Sebring and Spa-Francorchamps. Six and eight-hour races will feature ahead of the season finale, the 24 Hours of Le Mans, in June 2021.

“When you have a list which includes Silverstone, Monza, Fuji, Bahrain, Kyalami, Sebring, Spa and, of course, Le Mans, you are at the heart of endurance racing’s history and heritage, its present and its future,” said Neveu.

The FIA WEC 2020-2021 calendar will be presented to the FIA Endurance Commission, presided over by Richard Mille, and will be submitted to the FIA World Motor Sport Council for approval in Geneva on 6th March 2020.