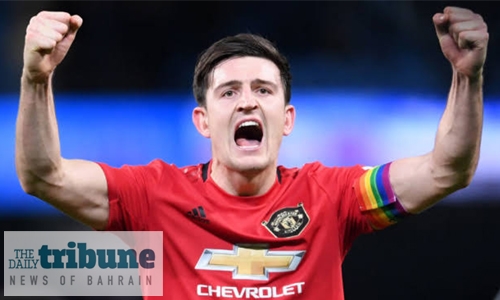 Harry Maguire has the top four in his crosshairs after Manchester United’s thrilling derby triumph at Manchester City lifted them to fifth in the Premier League table.

A week that started with manager Ole Gunnar Solskjaer under pressure after a below-par performance in a home draw against promoted Aston Villa ended with a second memorable victory in a matter of days.

Fresh from deservedly seeing off Jose Mourinho’s Tottenham 2-1 on Wednesday, United won by the same scoreline at the Eti had Stadium on Saturday thanks to a breathtaking start and impressive gameplan.

Solskjaer’s side could have added to goals from Marcus Rashford and Anthony Martial in a fine first half that laid the foundation for the 2-1 victory, which moved them to within five points of fourth-placed Chelsea.

“I think you need to look after your own results, don’t look elsewhere, keep winning games,” said Maguire, the world’s most expensive defender. “We’ve won back-to-back games against Spurs and City.

We’ve got another big game next week now (at home to Everton). “The top four is in sight but we just keep looking after our own results, keep trying to get the three points and keep improving.”