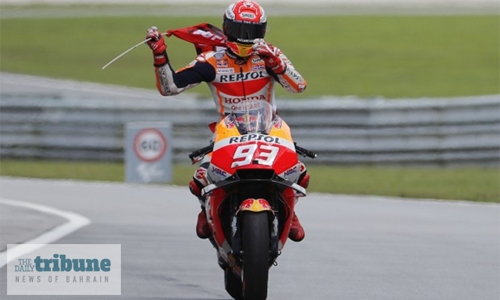 World MotoGP champion Marc Marquez underwent his second shoulder operation in the space of a year on Wednesday with the surgery described as “successful” by his Honda team.

The 26-year-old Spaniard, who has six world titles in the elite class and eight overall, opted for the operation in Barcelona after experiencing discomfort in his right shoulder. Having crashed in end-ofseason testing at Jerez on Monday, the Honda rider chose to have the operation as a preventative measure after medical consultation.

The operation was similar to the one performed on his left shoulder at the end of 2018 but less aggressive in nature. “Marquez will be discharged within the next 48 hours. He will then begin his recovery and winter training,” said a Honda Repsol team statement.