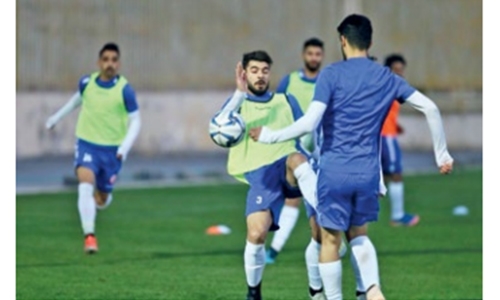 Bahrain’s senior men’s national football team continued their training yesterday for their upcoming joint-qualifier against Iraq tomorrow for the Fifa World Cup 2022 and the AFC Asian Cup 2023. The sessions were conducted at a local stadium, supervised by head coach Helio Sousa.

They are scheduled to move their practices today to the match venue at Amman International Stadium, where they will be holding two sessions. Also today, the match commissioner’s meeting will be held, after which coach Sousa’s prematch Press conference will take place. Tomorrow’s qualifier is scheduled for a 5 pm kick-off, Bahrain time.

It will be the national team’s fifth match. Iraq are currently in solo first place in the Group C standings where they now have 10 points from their four games, two points ahead of Bahrain. Iran are third with six points, followed by Hong Kong with two and Cambodia with one point.