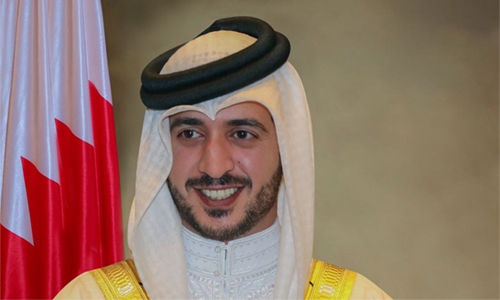 HH Shaikh Khalid bin Hamad Al Khalifa, First Deputy President of the Supreme Council for Youth and Sports and President of Bahrain Olympic Committee hailed the achievement accomplished by Bahrain’s Junior Paralympic National Team in the second edition of the World Para Athletics Junior Championships, held in Switzerland The Bahrainis have been in brilliant form in Switzerland with Saad Mohammed achieving the gold medal in the discuss throw competition, a similar feat made by country fellow Maryam Al Humaidi in the shot puts contest.

Al Humaidi stole the limelight in the event as she also bagged another two bronzes; one of them in the javelin throw and the other in the discus throw. “We are proud of our champions’ achievement in Switzerland. It adds to the series of accomplishments have been made by our paralympic athletes in continental and international levels. These results confirm their outstanding levels as well as their keenness to honour the Kingdom of Bahrain in all international events and to have the Bahraini flag flying high in all arenas,” HH Shaikh Khalid said.