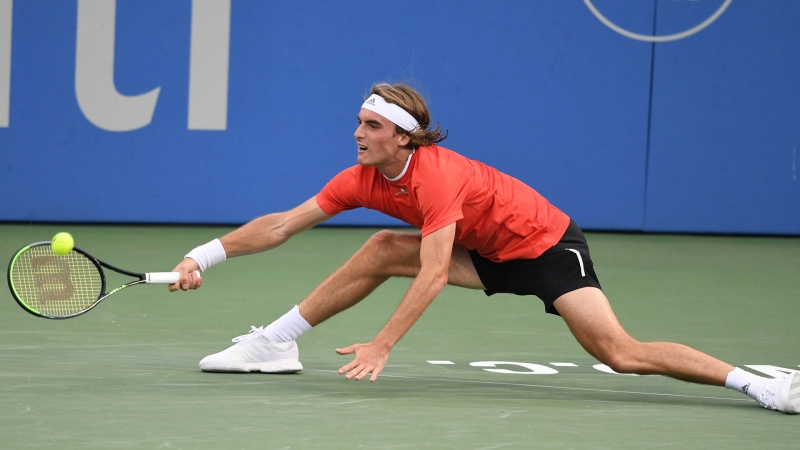 Three-time Grand Slam champion Andy Murray moved closer to a singles return six months after right hip surgery while Greece’s Stefanos Tsitsipas rolled into the world’s top five Friday at the ATP Washington Open. Britain’s Murray and his brother Jamie, in their first doubles event since the 2016 Rio Olympics, lost to New Zealand’s Michael Venus and South African Raven Klaasen 6-7 (3/7), 7-6 (8/6), 10-7 in a quarter-final at the US Open tuneup event.

Murray has practiced singles this week to improve his conditioning after the long layoff. “I feel fine,” Murray said. “Practice has been fine. No issues physically. So progressing well. Just keep practicing the next 10 days or so and see what happens.” Top seed Tsitsipas beat French 10th seed Benoit Paire 7-5, 6-0 to reach the semi-finals and ensure he will overtake Germany’s Alexander Zverev to crack the world rankings top five on Monday. “Once you’re in a certain position for a long time, you really crave for more,” Tsitsipas said. “This one position difference might not feel a lot for some people but for me it really means a lot because there has been a lot of hard work behind it, just a lot of suffering in general. “I feel I deserve this position. It means a lot for sure.” The 20-year-old Australian Open semi-finalist, who lost to Zverev in last year’s Washington semis, booked a semi-final against Australia’s Nick Kyrgios, who ousted Slovakian lucky loser Norbert Gombos 6-3, 6-3. “I’m excited to play him,” Kyrgios said of Tsitsipas. “He’s one of the best players in the world right now.”

Murray, who feared his career might be over after the January operation, hasn’t played singles since the Australian Open but says he might return at the ATP Cincinnati Masters starting August 12. “If I feel like I’m ready, I’ll give it a go. If not, I’ll wait probably until after New York. But so far it has been fine.” Murray, set to play doubles next week at Montreal alongside Spaniard Feliciano Lopez, doesn’t want his first singles matches back to be the best-offive-set variety offered in Grand Slams.