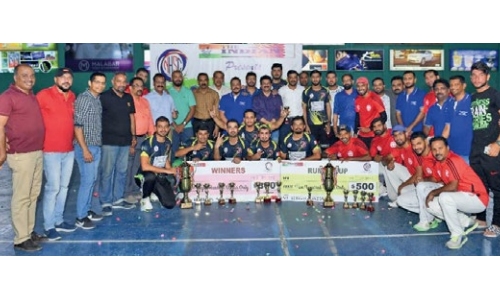 In a thrilling encounter Shoukat CC defeated Jai Karnataka by one wicket to lift the prestigious Indian Club NHSC trophy 2019. Chasing 39 runs in the final of the 7 a side softball cricket tournament, Shoukat crossed the mark in 5.5 overs with a wicket spare. Man of the final Zahid (9 not out, 7 balls, 1x4) hit a boundary to seal the match for his side.

Bahrain’s fans to enjoy packed schedule of FIVB U21 Worlds