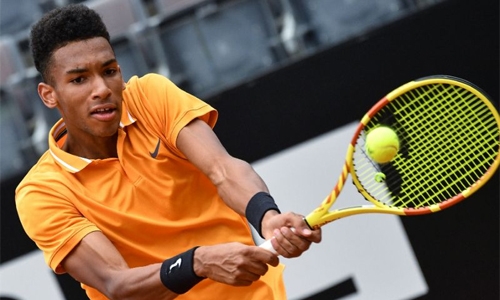 Canadian prodigy Felix Auger-Aliassime continued his breakthrough season in Stuttgart yesterday, beating Latvian veteran Ernests Gulbis 7-5, 6-3 to record his first ever ATP tour win on grass The 18-year-old looked unbeatable on serve as he eased past Gulbis in straight sets to continue an impressive season in which he has shot to 21st in the world rankings.

“I was surprised because I thought it would be a lot tougher,” he said. “I still have a lot to learn on grass.” Fellow Canadian Milos Raonic marked his return with a hard-fought win over Australian teenager Alexei Popyrin, having missed the entire clay season with a knee injury. The 28-year-old survived an early scare to win 6-7 (6/8), 6-4, 7-6 () and set up a second round meeting with French veteran Jo-Wilfried Tsonga.

Dhawan injury in focus ahead of India’s New Zealand clash