Indian exports to Bahrain at US$454 million, says FIEO | THE DAILY TRIBUNE | KINGDOM OF BAHRAIN 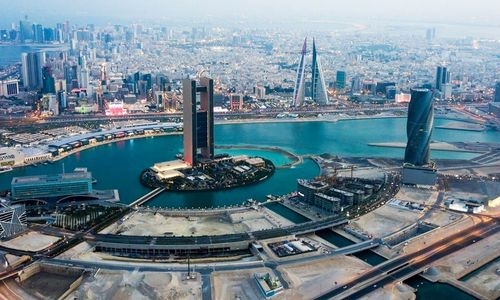 Indian exports to Bahrain at US$454 million, says FIEO

“Bahrain is one of the key focus markets for India in the GCC as the country expands its free trade agreements in the region, particularly under the Comprehensive Economic Partnership Agreement (CEPA).

Negotiations with GCC countries, including the Kingdom, is at an advanced stage, pointing to a robust growth future accelerating the pace of growth for regional trade relationships in the Gulf and the Middle East and Africa region,” said Dr Ajay Sahai, Director-General and CEO of FIEO.

Announcing the hosting of the multi-sector expo, Super Sourcing Arabia 2023, in the Kingdom, FIEO said the prospects for Indian exports to Bahrain and GCC have been on an exponential growth curve and the expo will further help accelerate the trend benefitting the bilateral trade relations between both the countries.

Super Sourcing Arabia 2023, organised by the Dubai-based Verifair is a unique expo in its diversity of product basket.

The show which will run from January 8-10, 2023 at Crown Plaza Bahrain will be a one-of—itskind opportunity for Bahrain’s and GCC’s retail industry and e-commerce stakeholders to engage with Indian exporters across multiple verticals, including food and non-food FMCG players, stationary products, paper products and packaging, cosmetics, healthcare, home and living, safety equipment and fashion and lifestyle products, among others.

Super Sourcing Arabia 2023 will help Indian Exporters get connected with decision-makers in the supermarkets, hypermarkets, retail chains, buying agents and importers in the Middle East, GCC and African region.

“The expo is happening at an opportune time of post-pandemic resurgence and rise in retail spending across the markets.

There have been robust indications on this front with export volumes continuing to surge.

In 2021-22 fiscal Indian exports to GCC was at US$43.9 billion, a 44 per cent growth,” Dr. Sahai said, adding that apart from the sharp export growth to Bahrain, other GCC countries recorded substantial growth.

“We are seeing the growth trend on the upswing this fiscal too,” the FIEO official said.

Super Sourcing Arabia has a major contingent of FMCG participants in line with the growing regional consumer spend in this sector.

According to Alpen Capital, the non-food retail sector alone in the GCC is estimated to be a US$154 billion with a projected CAGR of 4.7 per cent in 2023.

“The COVID scenario in the previous years have certainly changed the FMCG landscape, fostering e-commerce to unprecedented levels, contributing to a push in the market, and we believe that the trend will continue gathering pace.