UK inflation surges to 9%, highest since 1982 | THE DAILY TRIBUNE | KINGDOM OF BAHRAIN 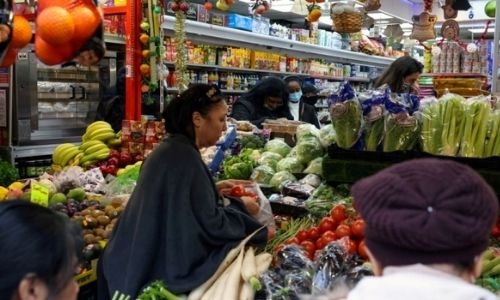 A Reuters poll of economists had pointed to a reading of 9.1%. Sterling fell after the data and was down by 0.4% against the U.S. dollar. Soaring energy bills were the biggest driver of price growth in April, reflecting last month's increase in regulated energy tariffs.

Sunak said countries around the world were being hit by high inflation. "We cannot protect people completely from these global challenges but are providing significant support where we can, and stand ready to take further action," he said.

Anti-poverty campaigners called on him to act now, starting with an immediate increase in the value of welfare benefits to match inflation. "As the price of essentials like food and energy continue to soar, the Chancellor's inaction will make an already desperate situation for many even worse," Rebecca McDonald, senior economist at the Joseph Rowntree Foundation which campaigns for lower income households, said.

A survey published on Tuesday showed two in three people in Britain were turning off their heating, almost half were driving less or changing supermarkets and just over a quarter say they have skipped meals.
Earlier this month the Bank of England forecast inflation would top 10% later this year and investors expect the BoE will add to the four interest rate increases it has done since December which took its Bank Rate to 1%, its highest since 2009.

"Things are going to get worse before they get better," said Paul Dales, chief UK economist at Capital Economics consultancy of Wednesday's data. There were signs of further inflation pressure ahead as manufacturers suffered the joint biggest increase on record in the prices they pay for their inputs which were up by an annual 18.6%, matching March's high. Factories increased their prices by 14.0% over the 12 months to April, the biggest jump since July 2008.