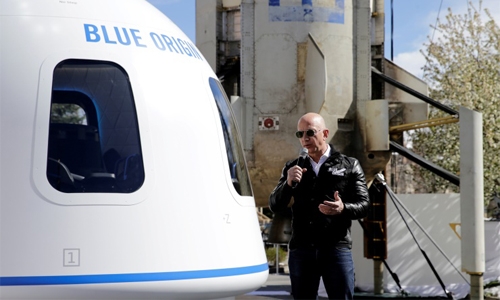 Amazon boss Jeff Bezos has sold nearly 2 billion dollars worth of his shares in the online retailer this week, filings from the US Securities and Exchange Commission showed on Wednesday.

In February and November 2020, he parted with shares worth a total of more than 7 billion dollars.

The 57-year-old founded Amazon in 1994 and he is still the largest individual shareholder in the company.

According to Forbes and Bloomberg Billionaires, Bezos himself is thought to be the richest man in the world.

He has an estimated wealth of more than 190 billion dollars.

Bezos plans to give up his position as Amazon's chief executive in the third quarter of this year and will become an executive chairman instead.