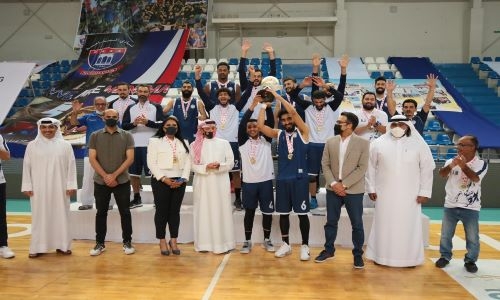 Najma led 20-18 at the end of the first period, which they stretched to a 31-24 advantage heading into the half.

They then enjoyed a 13-point gap, 50-37, after three quarters, before cruising in the final canto.

CJ Giles and Fadalallah Abbas top-scored for the victors with 20 points apiece, while Qasim Hassan added 11.

Sadeq Shukrallah led Manama in the loss with 18, while Ahmed Najaf added 14.

BBA president Waleed Al Alawi was on hand to present both teams their respective medals and trophies in an awarding ceremony that followed the game.